Meet your hand-picked, highly trained Speaker Advocate Coaches (SAC). These are the people who are here to support your journey to mastering your speaking and creating impact for your audience.

Her best-selling book, Step Step Jump, is a story of hope dedicated to helping others transform trauma into triumph. Annabel’s life was irrevocably altered on September 11, 2001 when she narrowly escaped from the 46th floor of the World Trade Center during the deadliest attacks on U.S. soil.

As founder of a personal development & wellness company, Annabel is devoted to helping leaders understand how storytelling can heal their business by creating powerful executive presence.

As a diversity coach, Annabel partners with coaches & leaders to understand how cultural dominance is discreetly perpetuated. Recently selected as Board President for a Puget Sound nonprofit called Goodwin Connections, Annabel is a lover of life and uses her wisdom to advocate, teach  diversity, storytell and contribute to our collective  wellness. Bisi’s fervency for advocacy, storytelling and exposing her community to business resources, business opportunities and ultimately ways to enhance oneself and one’s career is her life’s greatest joy. Bisi became a SACoach just after her first round of Ignite helping other students on their journey to verbal or written dynamic communication from enhanced communication with a friend to being remembered and sought after in a room full of business professionals.

As a Brand Producer and Podcaster for well renowned brands, Bisi is at the front seat of consulting with clients in media, news, and entertainment about sustainable strategy in branding, telling a story and engages in creating detailed project plans project plans to bridge the gap between a brand and its audience.

Cheryl came onto the MTM campus in 2019 and is currently a SAC Coach for Lisa Nichol’s, Ignite Your Speaking Program.

CHERYL VERRETT is a dynamic international Speaker, Life Coach, television host of The Cheryl Verrett Show and Bestselling Author of Voices of the 21st Century; Resilient Women Who Rise and Make a Difference.

Cheryl’s thought-provoking messages and signature programs are designed to give women fierce clarity and unshakable confidence to launch into their Next Chapter and create a life that’s “ABSOLUTELY –Amazing!” Cheryl’s dynamic and authentic style leave her audiences saying “YES” to a brand-new world of possibilities! 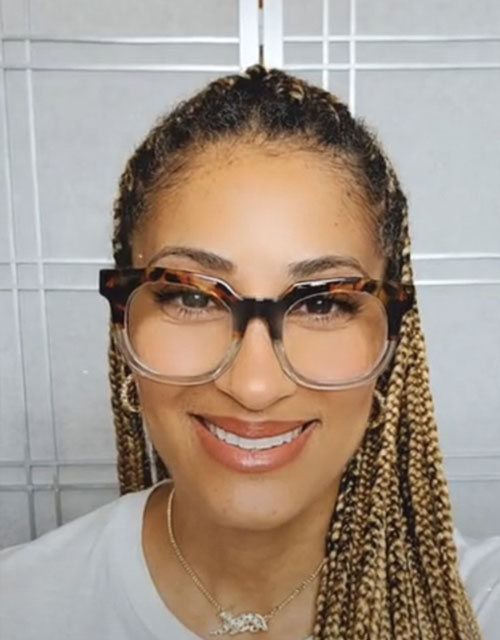 Erica Marie Wigley is the Chief Coach at Rise 360 Coaching & Consulting, an emerging agency that helps stressed out healthcare executives, physicians, nurses, social workers, and sales reps to get better at life and business.

With over 25 years of experience in the healthcare industry, Erica began her career as a registered nurse and pharmaceutical sales rep for top Fortune 100 Companies. She went on to become the top sales rep for her region, and nationwide. She later returned to nursing and worked with the U.S Military at Walter Reed National Military Medical Center, Pentagon, Fort Belvoir, Joint Base Andrews, and Quantico. During this time, she noticed that her patients and colleagues needed additional services beyond the scope of medicine. It was then that she started Rise 360 Coaching & Consulting to serve a broader range of clients.

Erica’s coaching and consulting style is lasered on creating work-life harmony, customizing a coaching plan that addresses each clients' unique needs, stress reduction techniques, and meditation. Her services have helped clients perform better at work, become more productive, minimize anxiety, improve focus, increase satisfaction, and deepen relationships that were once at risk of divorce to name a few. As a trained Chopra Center meditation instructor, and Reiki Master, Erica brings a skillful approach that produces results.

Jamal Vallair is a Transformational Speaker, Certified in areas of Mindset, Neuroscience Performance and Leadership Development.

His specializes in supporting Executives, High Achieving Entrepreneurs and Millennials Leaders discover their next level of genius, overcome burnout, and co-create optimized success in their personal development journey through Brain Peak Performance Coaching.

With over 18 years of service to his country in the U.S Navy and organizational leadership training, he utilizes his expertise gained to coach, high achievers with creating transformational mindset shifts designed to cultivate resilient teams, build emotionally intelligent leaders and increase organizations productivity. Jamal's arena of Genius is also in helping his clients breakthrough limiting belief's, inspiring leaders that feel stuck become agents of change and guiding visionaries to reach new levels of self-mastery.

Jamal's further interests in the "brain science" of how the mind truly works has inspired him to earn International Coaching Federation (ICF) certifications from the Optimind Neuroscience Institute, specializing in Neuro- Brain Health, Neuro-Leadership and Brain Peak Performance Management. 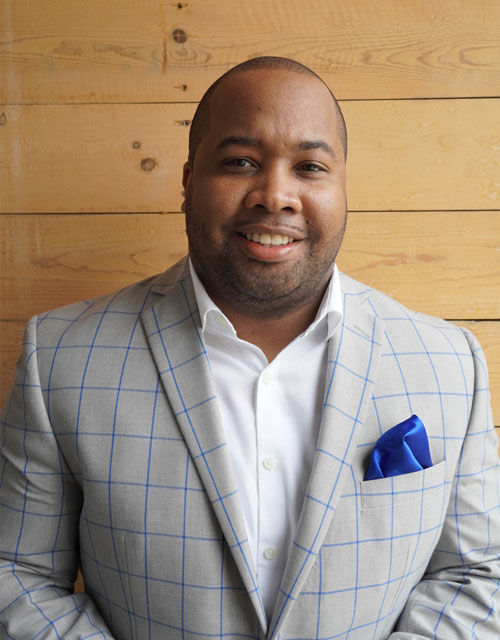 Kevin's’ presentations are both inspiring and transformative . They are designed to enhance leadership and personal development by harnessing one’s unique brilliance through up-leveling a mindset shift and influential communication.

Kevin is currently a speaking facilitator of Ignite Your Speaking and Writing, working with Lisa Nichols,  co-author of the world-renowned book ‘The Secret’. He speaks to organizations, and he coaches private clients both online as well as hosts in person immersions, helping people master their signature message and audience connection while simultaneously increasing their confidence both online and in-person to speak.

He is now a Lisa Nichols Certified Transformational Trainer!

Coach Mark is a Certified Transformation and Wellness Coach, Motivational Speaker, Educator, and Mentor that has dedicated his life to working and serving others.

His mission is to build, encourage, and motivate holistic growth and transformation in individuals, groups, and organizations by busting through limiting beliefs about themselves and their abilities.

Coach Mark states that the day he broke free from his limiting beliefs was the day that he stopped living to be simply better than the day before and started purposely living to experience the greatness that was always in him. In this freedom, he was able to break the up and down cycle of weight and drop 80lbs, go from not being able to run down the street to running his first 5k in record time for a beginning runner, and launching a thriving coaching and speaking business where he gets to touch the lives of thousands of people weekly.

Mark is living in the fullness of purpose and destiny and is on a mission to ensure that everyone he meets knows that they are also full of unlimited potential and the moment that they bust through their own limiting beliefs is the day that they can also begin to experience and live in their wholeness: mind, body, soul, and spirit. 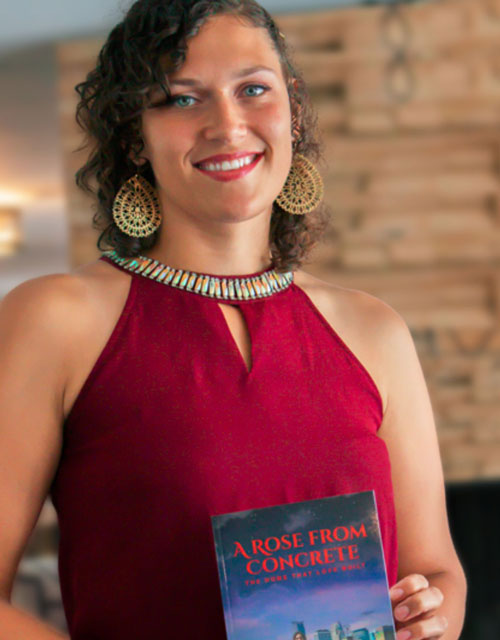 Through her coaching programs, she publishes and hosts amazing book launches that make new authors bestsellers. Rose teaches Coaches and business owners how to use consistent and genuine visibility to attract their ideal clients, and Speakers how to have more impact on audiences making them more in demand.

Rose believes that when you grow, your business grows. As a result of working with her, Rose's clients are able to push past their mindset barriers and heal through their stories to confidently share their lessons with the world and start building the inspired life for their dreams.

Certified Empowerment Life Coach. His mission is to help you remove energy blocks within you

Born and raised in Los Angeles California, I love the beach and mountains. I love being out in nature and becoming one with my environment.

There was a time in my life where I did not know what I wanted to do, I felt lost like a ship with no captain.

After reading self development books and taking the steps towards my transformation, I discovered the Universal Laws. I became aware that there is a system to how the universe operates. Being unaware of these laws we tend to work against them and not with them and attract things we do not desire to us.

After discovering these laws and applying them to my life, I have seen first hand that this is not a myth and is definitely real. Now my mission is teach it to others and show them how to learn these laws and work with them and attract anything you desire to become your reality.

If you can Believe it, you  can Achieve it. A Keynote Speaker, Transformational Coach, and trusted Mentor who teaches audiences and groups how to access their D-N-A: Distinct. Natural. Ability., so they can be the Main Event in their own lives, careers, and businesses.gives leaders the courage, the tools, and the skills to believe in themselves and tap into their unique strengths.

She trains others to be The Main Event and create prime-time success for their careers, businesses, and missions. Her speaking, consulting, and coaching will leap you forward in tapping into your unique abilities, booking business, launching programs, leading teams, and ultimately, defining and creating success on your terms.I

Through her work as a Breath Facilitator, she seeks to inform on why the power of the breath, meditation, the belief system, along with laughter and self-love are the frontline of defense when on the path of True Healing.

Executive Director of The Memphis 13 Foundation, Certified Wellness Consultant, Breath Facilitator and an Alumni of The Memphis 13, subject of a documentary by the same name. The film chronicles the desegregation of Memphis City Public Schools in 1961 by thirteen 5 & 6 year old girls and boys, (dubbed “The Smallest Pioneers” of the Civil Rights Movement), in answer to the 1954 landmark decision by the U.S. Supreme Court on Brown v Board of Education.

She’s also the eldest daughter of pioneer civil-rights activists, the late Gwendolyn Kyles and Rev. Samuel “Billy” Kyles, subject of the Oscar & Emmy nominated documentary, The Witness: from the Balcony of Room 306. The film gives voice to her father’s memories, who on April 4, 1968, was the only other person on the balcony, with Dr. Martin Luther King, Jr. when he was fatally shot, as her mother, siblings and she, were preparing to receive Dr. King and the SCLC staff for dinner at their home.

As a result of her speaking engagements, group coaching, workshops and bootcamps, participants of all ages who stay in action are empowered with practical tools which allows them to connect with their inner healer, open their hearts, choose to be more empathetic, and experience healthier, happier, more wholesome lives. 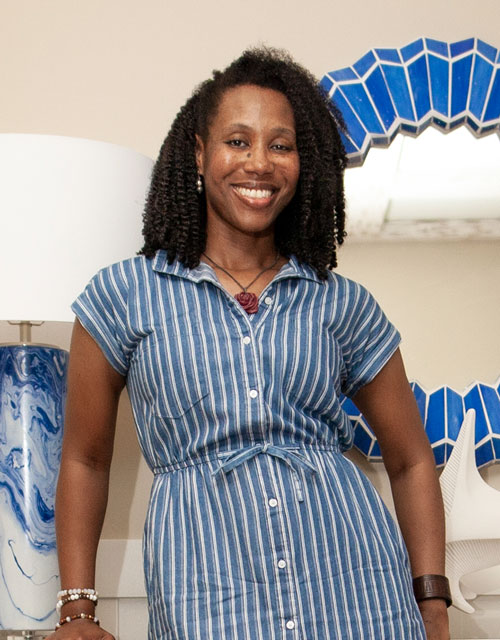 An amazing wife, mother, and math educator who uses her voice to reach the hearts and minds of preteens, teenagers, and educators through inspirational, motivational, and transformational coaching. Valerie first arrived on MTM’s campus in 2020 as an Ignite Your Speaking student. Now Valerie currently serves as one of our Student Advocacy Coaches, better known as SAC.